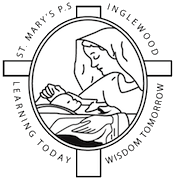 The first school in Inglewood was run by the churches under the Denominational Board.

The second school established was Roman Catholic, also under the Denominational Board in a chapel near the present Town Hall. It was opened on 10th September 1860 and as at January 1862, 131 children were enrolled. When the next Catholic Church was erected, on the site of the present one, this also served as a school until St Mary's Sacred Heart Convent was established in 1907.

The convent was commenced on February 26, 1907 (date of the laying of the foundation stone) and was opened in September of the same year. The current school building was opened in 1927. The Presentation Sisters were in charge of St Mary's School until they withdrew in 1974.

Since this time Lay Principals and staff have continued the great work of the Presentation Sisters. Presently the staff consists of four teachers, including the principal, one support staff and an administration officer. 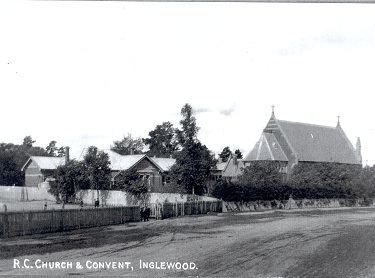